Archaeologists exploring Russia’s “Atlantis” have discovered a gem-adorned 2,137-year-old “iPhone case” buried in the grave of a young fashionista who scientists have nicknamed Natasha. 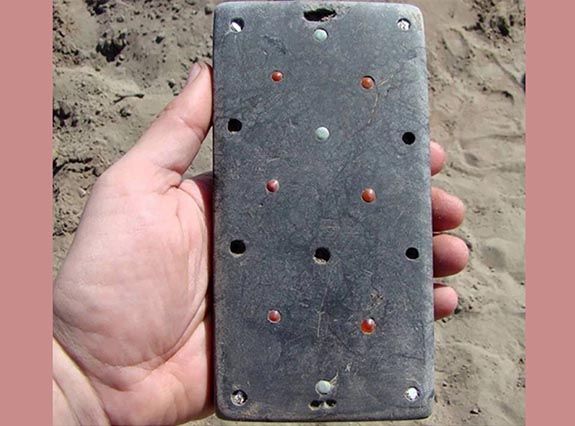 The unusual rectangular object is made from the black gemstone jet and is inlaid with an array of contrasting precious gemstones, including turquoise, carnelian and mother-of-pearl. It is also decorated with ancient Chinese wuzhu coins, which helped the dating process. 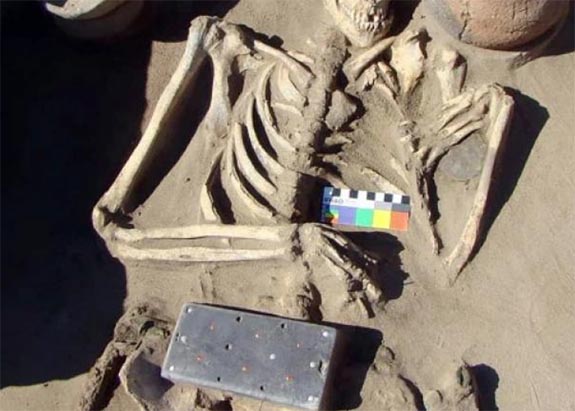 Natasha’s remains and her blinged-out accessory were excavated from the Ala-Tey Necropolis in the so-called Sayan Sea. Located in the Russian Republic of Tuva, the man-made reservoir is usually 56-feet-deep, but was drained over the summer, giving archaeologists rare access to the site.

Although the seven-inch by three-inch object discovered with Nastasha looks very much like an iPhone case, scientists believe it’s a very ornate belt buckle. 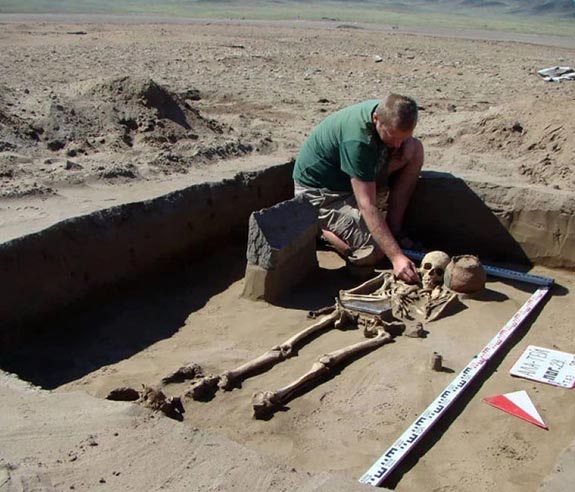 “Natasha’s’ burial with a Hunnu-era ‘iPhone’ remains one of the most interesting at this site,” noted archaeologist Dr. Pavel Leus.

Nastasha lived during a time when a nation of nomads ruled ancient Mongolia from the 3rd century BC to the late 1st century AD.

“This site is a scientific sensation,” Dr. Marina Kilunovskaya of the St Petersburg Institute of Material History Culture told labible.com. “We are incredibly lucky to have found these burials of rich Hun nomads that were not disturbed by [ancient] grave robbers.”

The gemstone jet is considered to be a mineraloid — a naturally occurring mineral-like substance. Some examples of mineraloids are jet, amber and lapis lazuli. Jet, specifically, is derived from wood that has decomposed under high pressure. The term “jet black” means the darkest black possible.

In the U.S. during the Roaring Twenties, young flappers would wear multiple strands of jet beads reaching from their necklines to their waists.