Spotlighting more than 500 years of opulence on the Indian subcontinent, Christie’s auction in New York this Wednesday is aptly titled “Maharajas & Mughal Magnificence.” The sale will celebrate the illustrious culture of Indian jeweled art from the Mughal period and the age of the Maharajas through the present day. 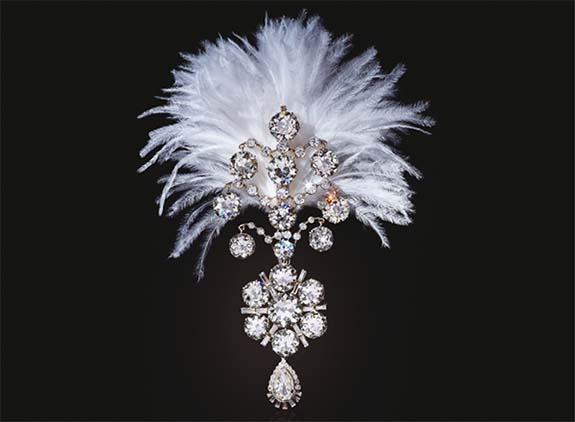 “This is living history in your hand,” noted Rahul Kadakia, Christie’s International Head of Jewelry.

India’s rich ties to fine jewelry and gemstones, he explained, is partly the result of natural circumstances. The mines of Golconda yielded the highest grade of diamonds. Kashmir produced the rarest and most beautiful sapphires. And the greatest emeralds arrived in India from Colombia through commercial exchange via the Portuguese-controlled ports of Goa.

Jewelry in the Mughal tradition articulated authority, and the empire’s rulers valued gems for their rarity, physical properties and provenance.

On the cover of the Maharajas & Mughal Magnificence catalog is a Belle Époque “jigha” (turban ornament) dripping with old-cut, baguette and pear-shaped diamonds. The Indian royal treasure (photo above), which was originally designed in 1907 and remodeled circa 1935, would have been worn on formal occasions by a Maharaja, explained Kadakia. The ornament is estimated to sell in the range of $1.2 million to $2.2 million. 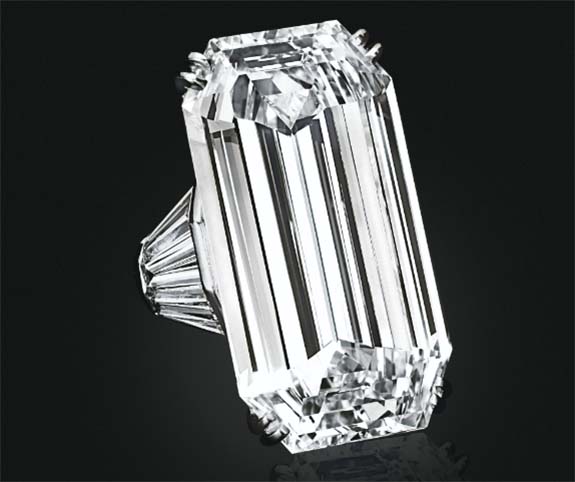 The first is called the “Mirror of Paradise,” a 52.58-carat internally flawless rectangular-cut diamond that’s expected to sell in the range of $7 million to $10 million. The D-color gem is set in a platinum ring and accented with tapered baguettes. 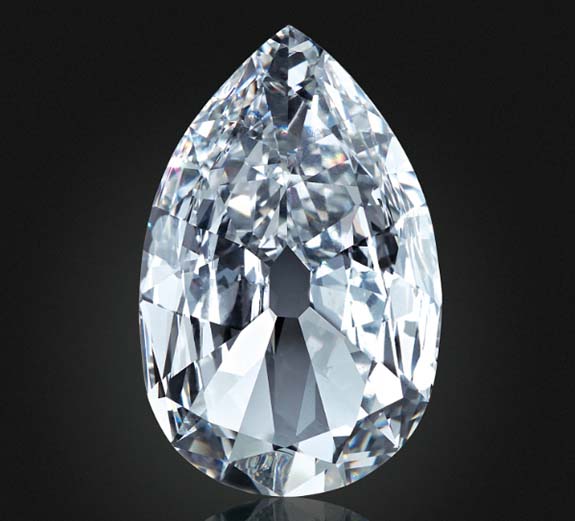 The second is called the “Arcot II Diamond.” Weighing 17.21 carats, the brilliant-cut, pear-shaped, D-color stone was one of two earring drops sent as a gift to Britain’s Queen Charlotte (1744-1818) by the Nawab of Arcot. The diamond drops were later purchased at auction by the Marquess of Westminster and mounted in the “Westminster Tiara,” which was worn by the Marquess at the coronation of Queen Elizabeth II in 1953. The historic stone is expected to fetch between $2 million and $4 million. 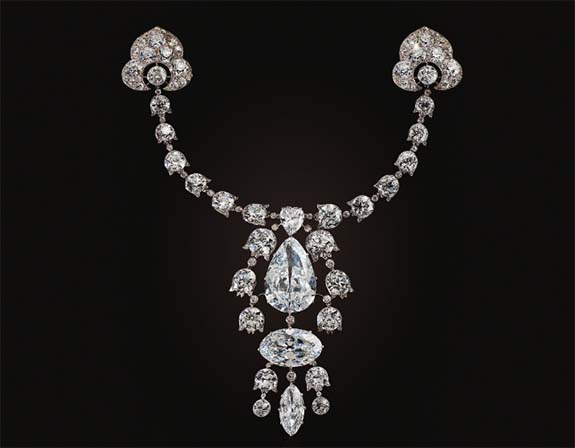 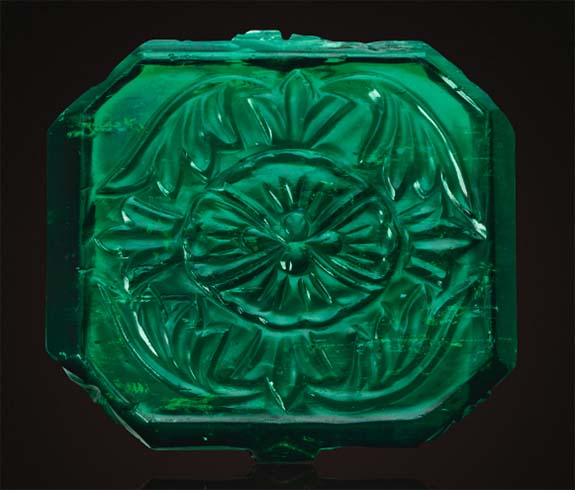 One of the most unusual items in the auction is an octagonal-shaped tabular carved emerald of 84.63 carats. The gem’s origin can be traced to 17th century Colombia. Christie’s experts are expecting it to sell in the range of $3 million and $5 million.